“There are open windows for making change in cities”
Event By AfterCovid.City Helsinki 3 months ago 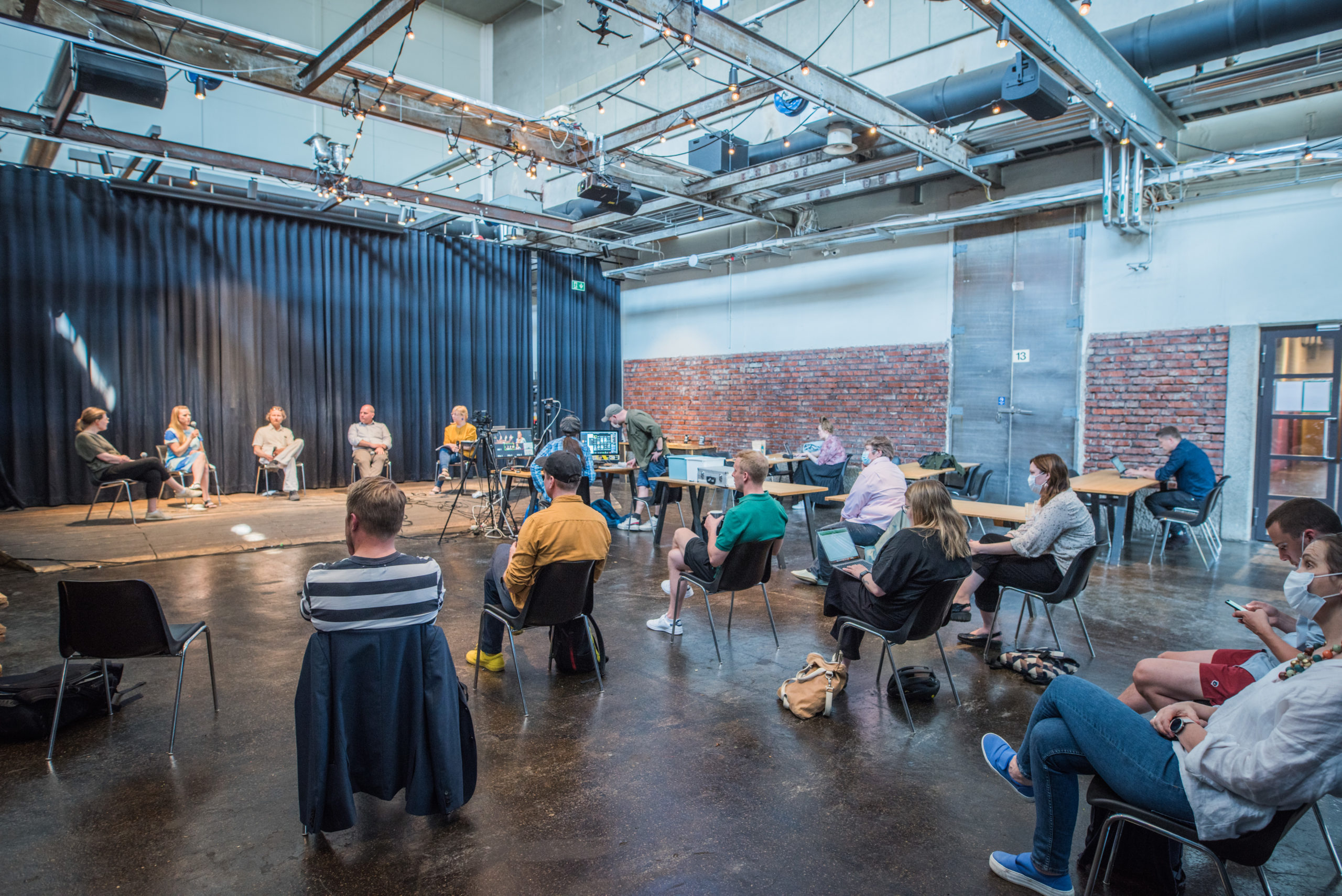 The AfterCovid.City Helsinki event brought together a multidisciplinary group of experts, planners and makers to discuss the effects of the covid pandemic on public space, urban culture and city development. As cities are gradually entering the new normality after covid-restrictions, we discussed how to use the opportunity to build better, more ecologically and socially sustainable cities. 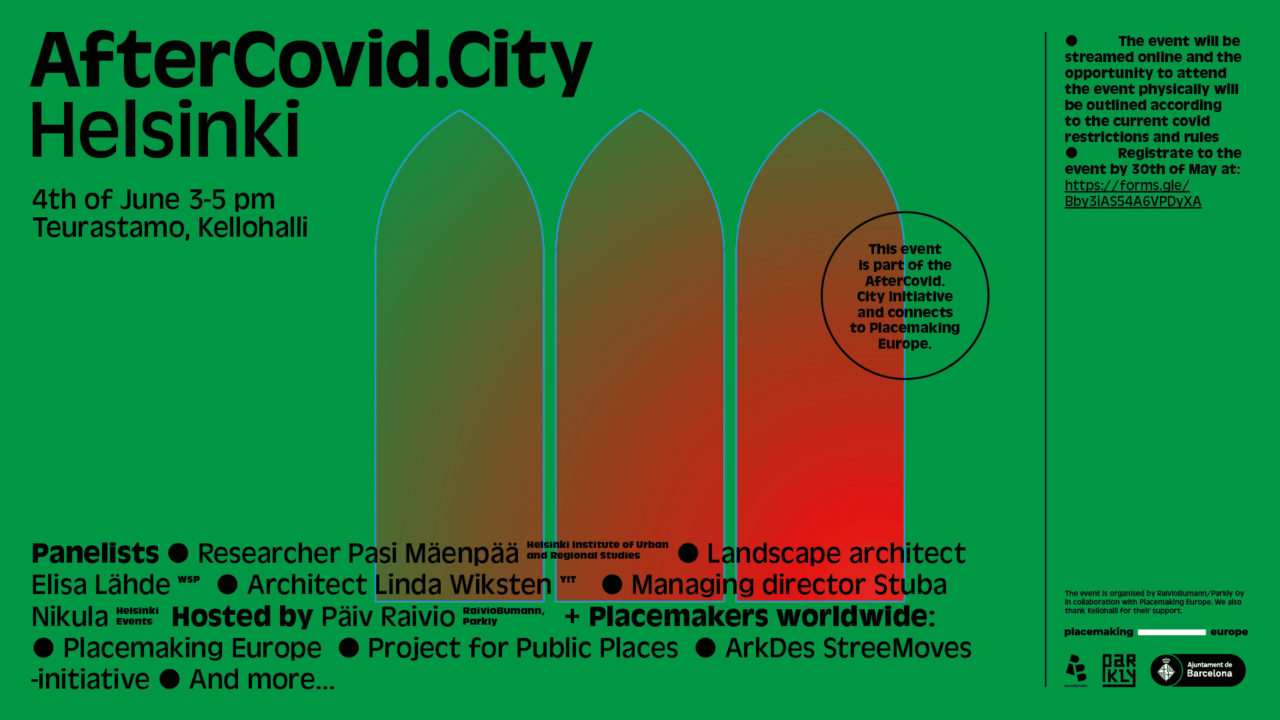 The event’s presentations and discussions highlighted the changes that either occurred or were forced on, how for example people re-discovered the outdoors or how event organisers were forced to rapidly develop new ideas. During the pandemic, many good new habits or routines of using the city in a more fluid way took place which we should find ways to hold onto. On the other hand, a sense of control and the lack of social diversity, as Ramon Marrades (Placemaking Europe, AfterCovid.City) pointed out, are elements which have hindered us from exploring the city and connecting to its diverse social life. Ramon also concluded that people and places have a central role in shaping the after covid city. According to one of the panelists, Stuba Nikula (Events Helsinki) “the city is more shapeable than ever before”. The ability to implement the re-shaping of our cities depends on many things: for example the ability of the fourth sector to bounce back after the pandemic and a long period of online presence and the city administration’s ability to remain more agile even after the pandemic.

The importance of green areas in cities has evidently risen during the pandemic and Elisa Lähde (WSP) pointed out that people have a wider understanding of the benefits of urban nature than before the pandemic. She concluded that people and cities are also more ready to address climate change and the sustainability crisis. During the pandemic there was also a new sense of urban calm, like Jorrit Albers and Jorne Visser (Bureau Buitendienst) pointed out. Linda Wiksten (YIT) addressed the importance of different levels of places to retain the sense of urban calm even in densifying cities: private, public and semi-public space all play a role in creating urban calm and smaller places should be within this palette too.

StreetMoves -project is addressing the smaller places and “the city at the doorstep” by creating new ways of using the street for different purposes from mobility-stations to community hubs. Daniel Byström (ArkDes/Street Moves) highlighted that the project is strongly based on a collaborative design process involving people from all kinds of backgrounds. It is a great example of a “corona-project” starting in April 2020 and being launched at the time when people are exploring new ways of using their city in their local context and are more ready to adopt new visions. The project has gained world-wide media coverage highlighting the new era of place-led city planning which we are seeing also in megacities like London and Paris. 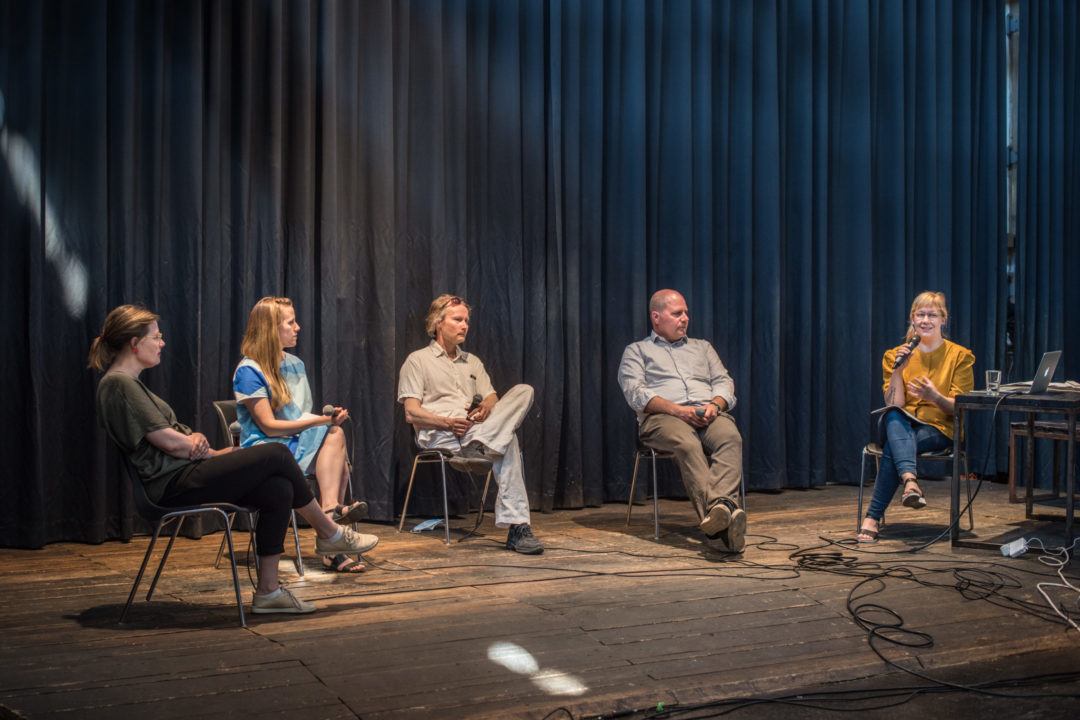 Testing big ideas in a local context and creating new ways to participate are key factors for connecting people to places – one of the goals of Parkly. Päivi Raivio (RaivioBumann / Parkly) highlighted the importance of reimagining cities from small and local places -point of view to fast track sustainable urban change. The modularity, multi-useability and circular economy of Parkly is connected to the idea that cities are a living and a changing entity. That is why the aim of Parkly is to bring more fluidity and flexibility in urban design and to have an urban prototyping tool which can be connected to long-term planning too.

Dr. Cara Courage (placemaker and researcher, editor, The Routledge Handbook of Placemaking, Head of Exchange at Tate) referred to the after covid city as “a long lost friend”. Isn’t it so, that with a good friend one can continue the talk where we left it to — even after a long pause? As covid-19 highlighted the inequalities people have, it also has probably created traumatic experiences to those whose lifeline it is to have access to local services such as libraries on a daily basis. As Pasi Mäenpää (Helsinki University) pointed out, according to his research for some the most severe effect of the pandemic was to be cut off from semi-public places which are affordable and connecting their users to others.

Fred Kent (Project for Public Places) highlighted the role and position of placemaking within the urban structure like architecture and city planning and how placemaking is the “improvisational street performance” — fluid, reactive, approachable and surprising. On how to create more space for improvisation and a certain sense of freedom, the panelists discussed the idea of “urban everyman’s rights” and how we should unwind even more of the unspoken or spoken rules regulating the use of public space and to gain even more fluidity on the concept of the temporary and permanent, whether it is events or experiments. Hanna Harris (City of Helsinki) pointed out that we have to make sure that the tests and experiments are connected to the governance and city planning levels to create continuity in regards to resourcing and implementing the good practices in the long term. Cities should also resource these experiments and commit to the processes at many levels.

As Stuba Nikula poignantly said: “urban culture is fragile” and we should all think of ways to nurture it through our work. We should also find new ways to encourage more doing in all levels of city making: as Matti Santala (Kellohalli) concluded that cities are owned by doing, and the city is owned by the citizens. The event highlighted that there are numerous new windows and opportunities for placemakers, urban designers and city planners to integrate experiments into the “new normal” and to keep people and places at the heart of creating more sustainable and vibrant after covid -cities.

The event was organised by RaivioBumann/Parkly Oy in collaboration with Placemaking Europe -network and AfterCovid.City conference organisers. We also thank Kellohalli for their support. 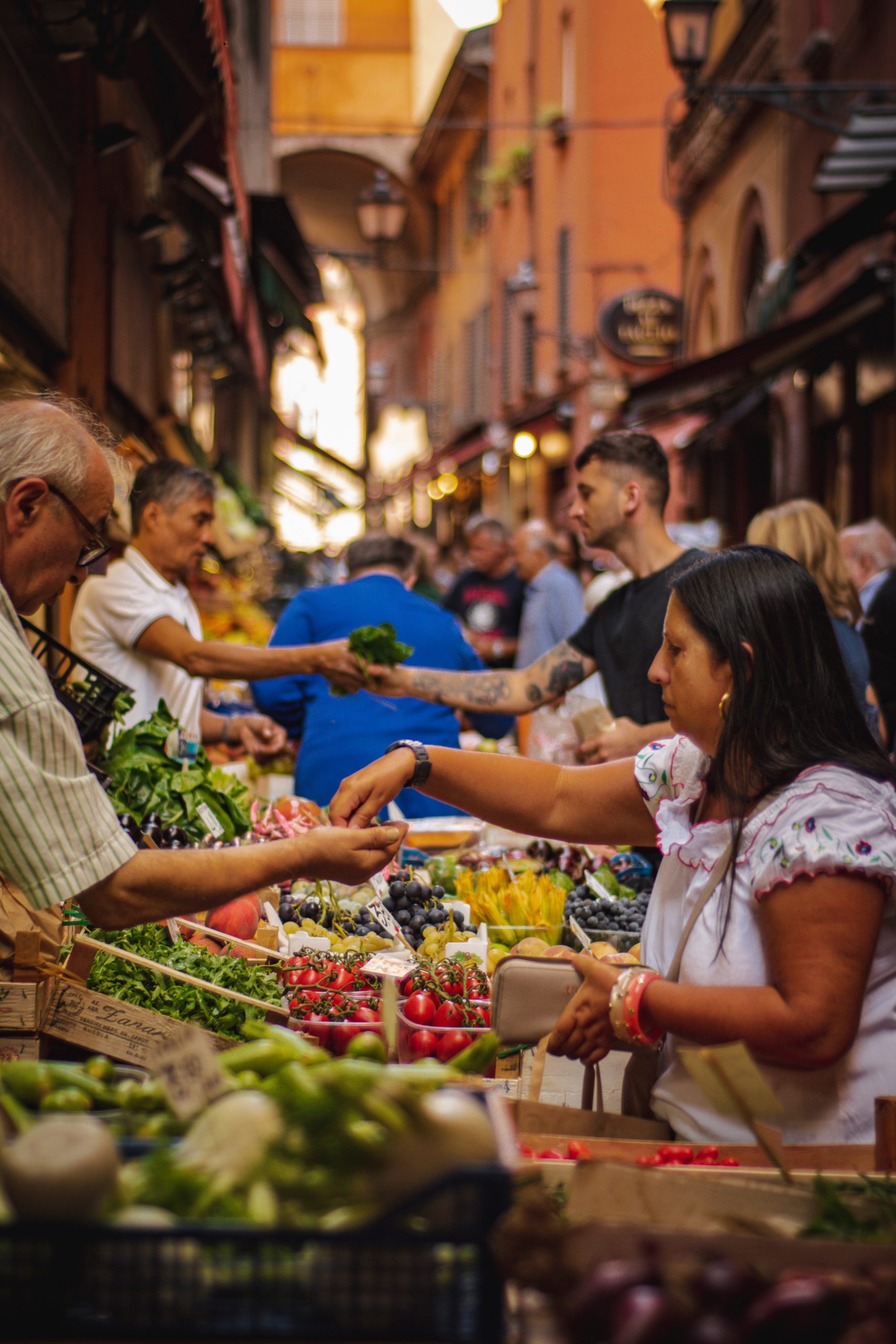 Uncommon Markets: Leveraging the Power of Marketplaces in Post-Covid Revival
Urban food
By Stephen Davies and Richard McCarthy 2 days ago 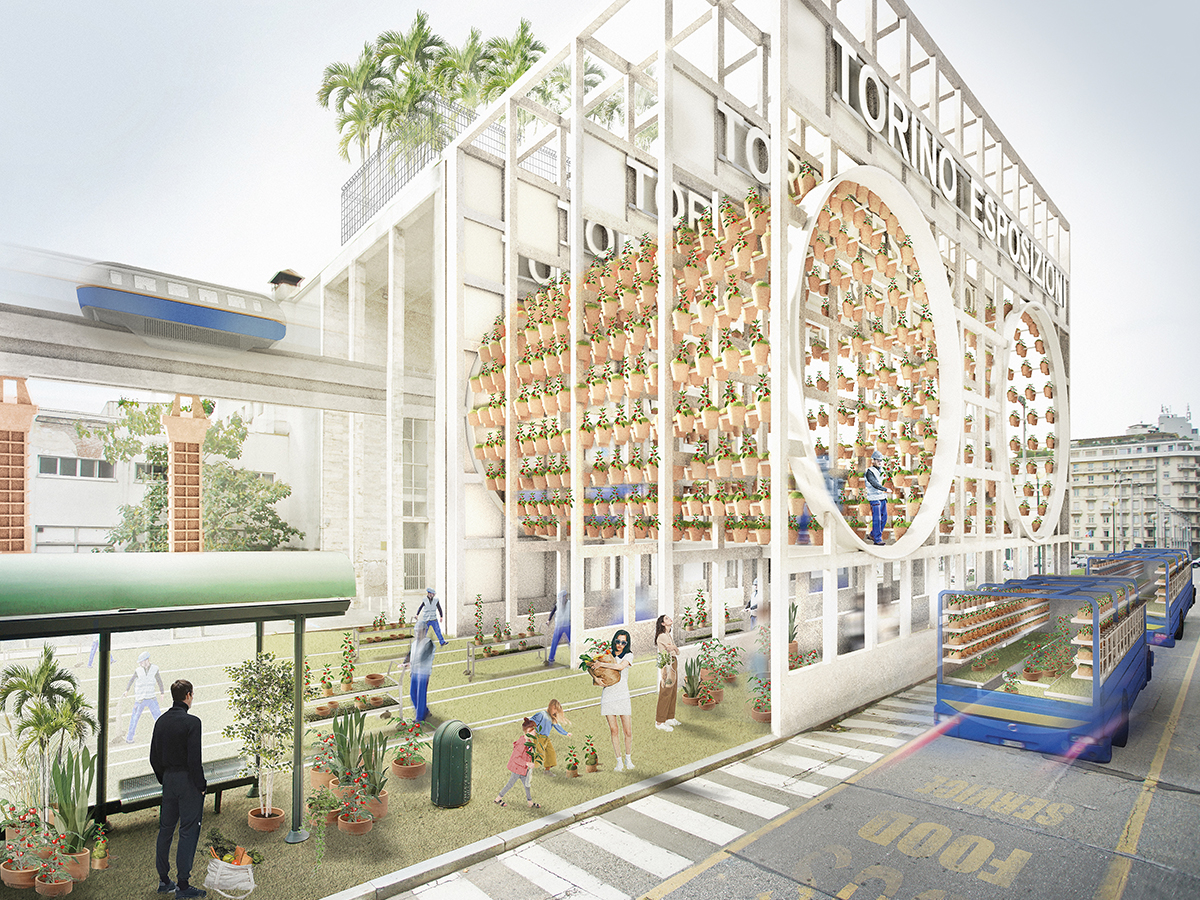 The 1000-minute city
Event
By Torino Stratosferica 2 weeks ago 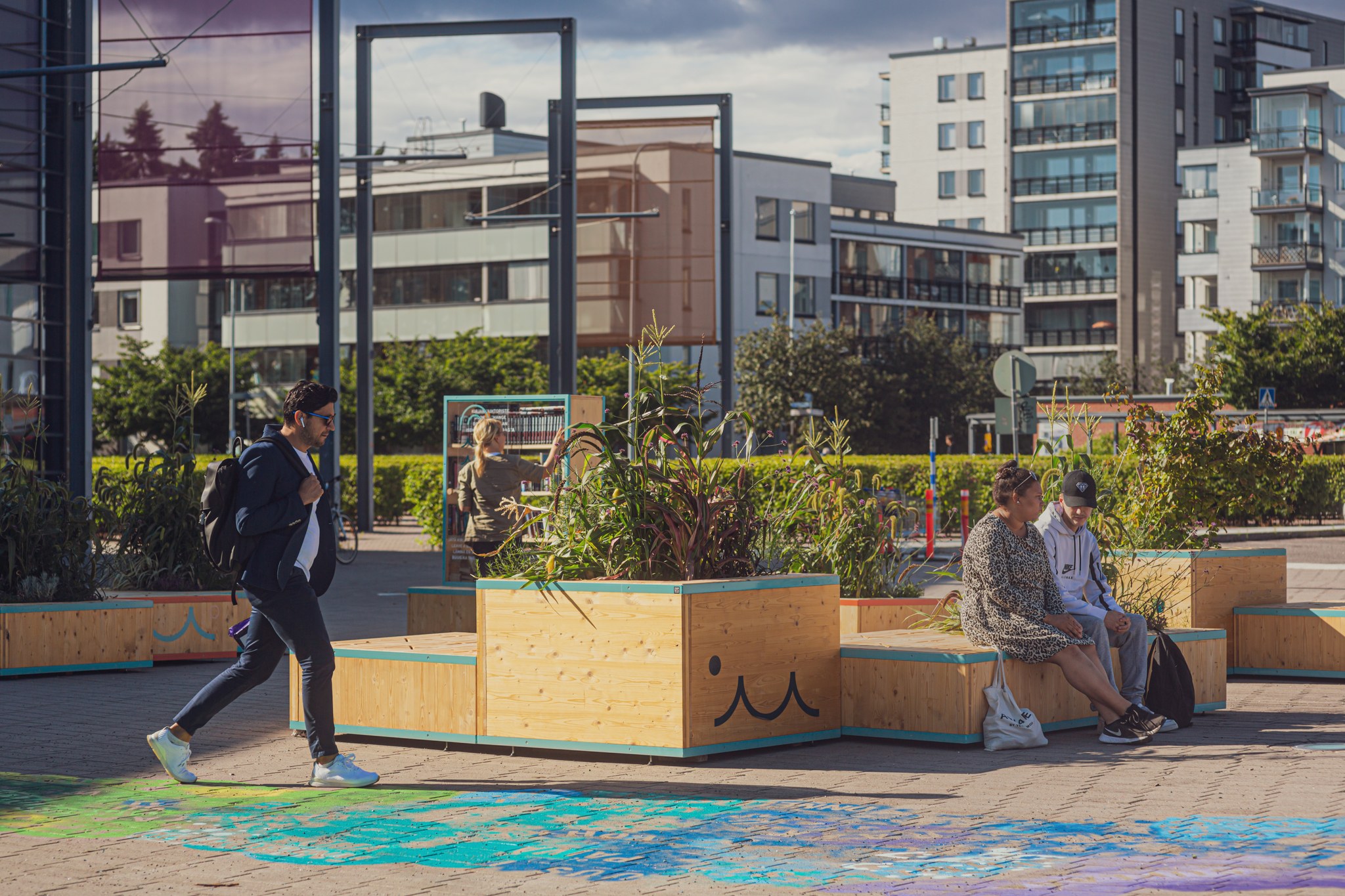 Small places for a big change
Social infrastructure
By Päivi Raivio 3 weeks ago
Do you like our content?
Sign up to our newsletter and receive the latest articles and news from AfterCovid.City in your inbox. We will keep it brief and specific, we dont like spam either. ; )
Our site does not use any cookies nor stores any session information. Please be aware interacting with some elements on the site will redirect to third-party platforms and sites that use cookies (e.g. Instagram), which we are not responsible for. By continuing using our site we’ll assume you’re OK with that